For several years I’m listening to Jamendo, which became one of the biggest platforms for copyleft music. But since the redesign in 2012 that caused a lot of critics, it became (IMHO) even worse. Even if it’s pretty easy to point a finger at projects, I just don’t understand why a music platform just makes it so hard for me and other to fit for the very simple usecases (explore, browse, collect and listen to music). While using the website the project just got boring because it was pretty hard to find new music that matched your style and moods….
Ok, so this is the reason why I just restarted to look for a desktop player for Jamendo, to get back the feeling that I’m part of a community that likes to listen and to share music.

First of all, there is no official player with Linux support anymore and even the list of third party apps has nothing to offer. So I just began to test several native music players that seem to support jamendo by plugin. I did this long time ago, when I was looking for a good music library when I switched from Windows (where I used foobar player), but my current musicbox Amarok is to heavy and has no real good support for exploring Jamendo albums.

A long story short, my (current) favourite became Totem, the Gnome Media player. I must confess, that I was never a big fan of this player because IMHO it’s pretty limited while it also consumes a lot of resources (compared to VLC). Anyway, the jamendo integration is quiet ok

While there are some minor bugs (mousewheel controls timeline instead scrollbar, usability ,…) and I miss some real useful stuff (profile support, voting, download of albums, …) and Totem offers you very useful features to explore the jamendo music universe:

Thats it and I guess it’s the most essential functionality that was buried in a very unfriendly way at the jamendo website. After using totem for over a week, I just discovered a lot of new stuff that is worse to listen to 🙂

So as I said, I tried a lot of applications that I found on various lists or repos (e.g. Ubuntuusers) 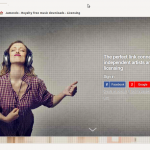 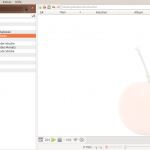 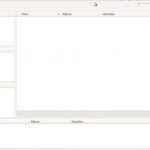 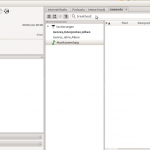 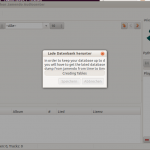 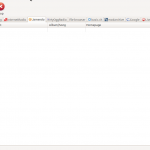 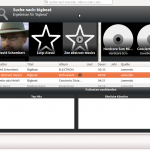 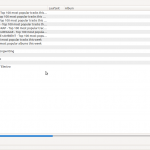 Even if you feel unhappy with the current way that jamendo.com goes, it’s still possible to discover new and pretty cool open music. But current versions of most applications just fail to work or are hard to use. Maybe this will be fixed in upcoming versions or there are bigger progress on general trends as social listening with tomahawk or the grilo framework for example. We will see…and listen 🙂